Change Your Life with Liposuction

When people think of a body that has had liposuction, they may think of a fit looking body with less fat. Obviously, this is the reason most patients opt for a liposuction consultation, and specialists will advise patients about what they can expect going in. Liposuction is anything but a supernatural method to get thinner, nor is it an official treatment for coronary illness or type 2 diabetes, though it can help. For quite a long time, specialists and surgeons have been rehashing this, and attempting to teach patients about the realities versus  the legends that surround liposuction. There are indeed however some health benefits to having liposuction in addition to achieving a more desirable body.

Make a Positive Impact on Your Health

A recent study was introduced to the American Society of Plastic Surgeons, where scientists estimated the fatty substance levels of 229 individuals before and after liposuction. Patients who had high fatty oil levels before liposuction, saw a drastic drop in these fatty oils via a blood test three months after surgery. Additionally, study creator Dr. Eric Swanson discovered that patients white platelet tally fell by 11% after liposuction. This is important because white platelets can potentially cause irritation, resulting in a higher risk for cardiovascular illness.

The midsection is effectively perhaps the most well-known region focused on with liposuction. Based on these research outcomes, subcutaneous fat might weigh more heavily on your health than previously thought. Dr. Swanson’s discovery demonstrates that having less subcutaneous fat might be similarly as metabolically important to your wellbeing as having reduced visceral fat.

We typically develop all our fat cells in childhood. As we lose and gain weight are fat cells are shrinking or growing. Liposuction removes subcutaneous fat cells which can make gaining weight after liposuction more difficult. However you can still gain weight if you do not hold up a sound eating and exercise program to hold your weight under control. A better weight implies a better body and a decreased danger for certain sorts of illnesses.

Avoiding the beach or the pool because of stubborn fat you just can’t seem to lose? Sometimes even when your at a healthy weight, it isn’t well distributed leaving you with “pudgey” areas you are self conscious about. Liposuction can help contour your body and get rid of the stubborn fatty areas giving you the freedom to feel confident in whatever you wear. When you feel you can wear what you want and feel comfortable in your body, your likely to do more activities and enjoy life more with greater confidence and higher self-esteem. 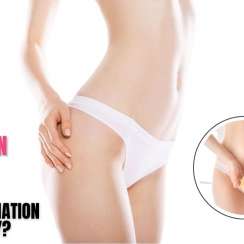 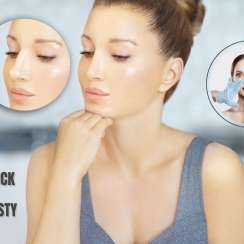 How to pick the best Rhinoplasty Clinic? 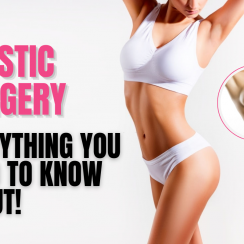 Plastic Surgery – Everything You Need to Know About!